VIDEO: CHECK OUT PASTOR ODUMEJE IS CAUGHT DOING AGAIN THAT IS CAUSING A DEBATE ONLINE

Less More
1 year 2 weeks ago #12314 by lighteousness
VIDEO: CHECK OUT PASTOR ODUMEJE IS CAUGHT DOING AGAIN THAT IS CAUSING A DEBATE ONLINE was created by lighteousness
Controversial Nigerian preacher and the General Overseer of  The Mountain of Holy Ghost Intervention  and Deliverance Ministry,  Chukwuemeka Ohanaemere  popularly known as  Odumeje , has again caused a debate online after a video of him performing miracle on a woman surfaced online. 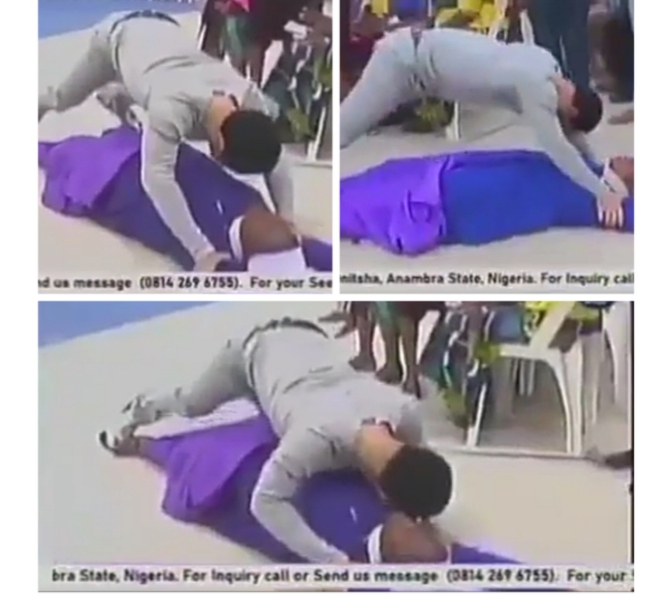 In the video which is currently going viral, the lady dressed in a purple reverend sister outfit was seen lying flat on the ground and prophet Odumeje was seen staying on top of the lady while performing miracle on the woman.  This is not the first time the clergyman will be causing controversies like this as the preacher as he is noted for his unorthodox methods of healing and exorcism of supposedly demon-possessed individuals.However, some persons have taken to social media platform Instagram to react to this particular video of Odumeje performing miracle on this woman and they have dropped their various comments concerning it.