He shared the testimony behind the new single:

"So there I was at midnight, thinking about a lot of things and of course asking the question "why". Tears rolling down my eyes and right there I hear the words "I cannot fail. I am the One that closed the mouth of lions when Daniel was in their den. I am the God that parted the Red sea. I cannot fail"

"Those were the most reassuring words I ever heard and - BOOM! a song was born because I knew I had to pass the same message to millions of people around the world who are tired of their situation and are at the verge of giving up.

"So to everyone going through something that has caused or is causing pain and endless tears. You feel rejected and dejected, shame seems to have covered your glory and it looks like God has forgotten you. I have got news for you, God can never fail. He can never change, He is Good personified and He wants to give you everything good. Keep your focus on Him, do not loose your praise and your faith. He will surely answer by fire. If He could close the mouth of lions for Daniel, part the red sea for Moses, open the prison for Peter, make the sun stand still for Joshua, put a baby in Sarah's arm, raise Lazarus from the dead, then permit me to say "your case is too infinitesimal". Your miracle is on the way. ERUJEJE has got you in His hands. I await your testimony. He will surely answer by fire.

Benododo Michael Oche was born in 1985 to the family of Mr and Mrs Benedict Ododo. He graduated from Benue State University in 2007 where he got a Bachelor of Arts in Linguistics. He Began his career in Broadcasting as an ONAIR personality in 2009 in Radio Nigeria (harvest Fm 103.5) makurdi. With his flair and impeccable style of presentation He became one of the most sought after Radio presenters in the State. In search of Bigger Challenges In 2012 BENDODO as he is fondly called moved to Kapital fm 92.9 Abuja a station still under Radio Nigeria. Through hard work and with a dint determination and focus he has risen to be one of the Voices Heard on the Network News of Radio Nigeria. However, to Bendodo his Exploits on Radio is Just a means to an End which is music. Gospel Music. In 2014 He Released An Album titled Unstoppable By Grace with songs Like EKELE, HELL IS NOT AN OPTION and FRIEND making Great impact in the lives of many. He is a worshiper who believes in and carries the presence of God which is His greatest asset . His desire is to take God's word through music to the ends of the Earth. Bendodo has something New in 2019, a song Tittled ERUJEJE. In this song he talks about God's inability to fail. God's inability to Change. He is a Good God and He remains constant. It doesn't matter who has failed you, God cannot fail. Put you trust solely on God and see Him work in your favour. Be Blessed.

Details
by admin 3 years ago
Chi-Gospel releases audio and lyrics video for her new single titled ONYEOMA. International Act Of The Year nominee for the recently concluded GHN Med...
3
372 views 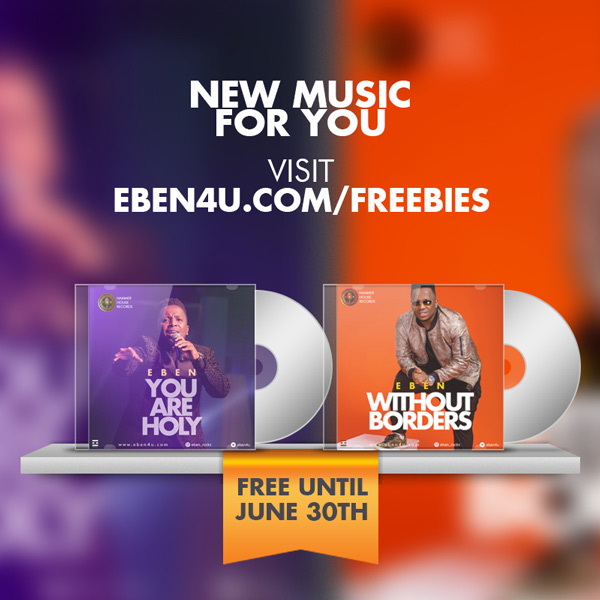 YOU ARE HOLY & WITHOUT BORDERS - Eben [@eben4u]

Details
by admin 4 years ago
Award Wining Gospel music artist, Eben is back once again and this time it is a double delivery. Two magnificent songs inspired from the presence of G...
1
543 views