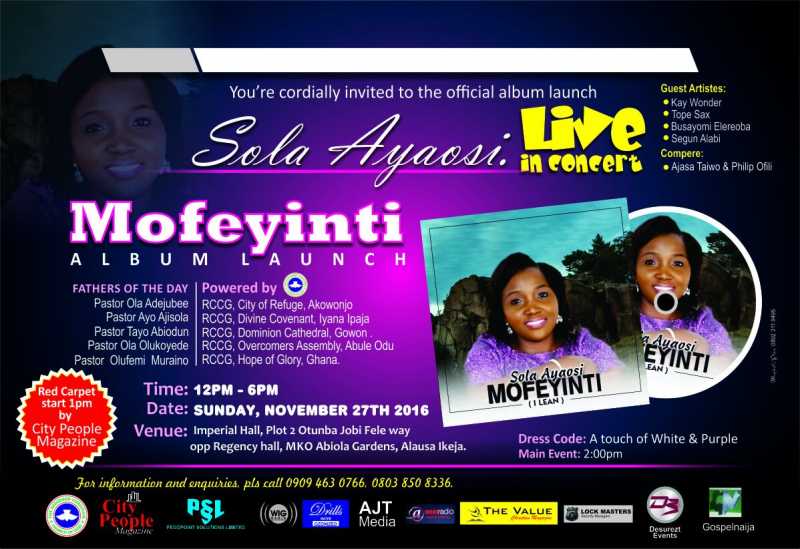 Sola Ayaosi is a chorister at the RCCG. She's a worshiper, songwriter, gospel artiste and businesswoman.
She will be releasing her debut album titled MOFEYINTI officialing on Sunday the 27th of November, 2016 in a power-packed Album Launch concert.

The album comprises of six (6) tracks of various genres. But first, Sola wets our appetites with 2 exciting songs titled MOFEYINTI and MOMOYI. 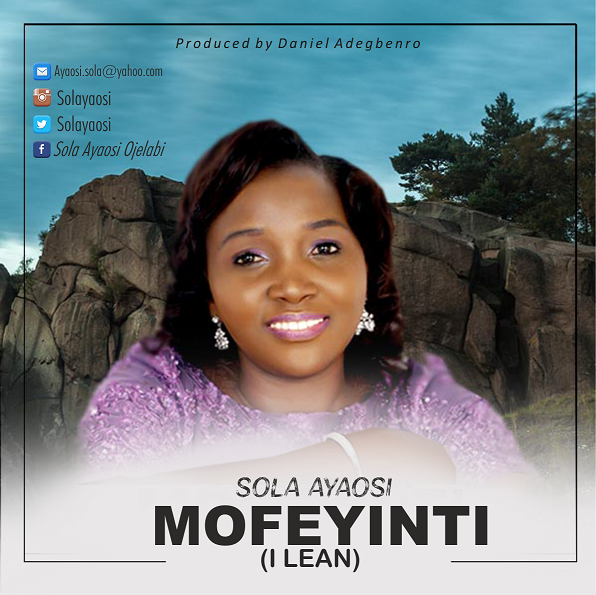 MOFEYINTI is the Yoruba expression for "I LEAN". It's a song that accentuates the reliability, capability, authenticity, dependability, consistency, defendability and companion-ability of God when one leans on Him (the Rock of ages) in all and any situation 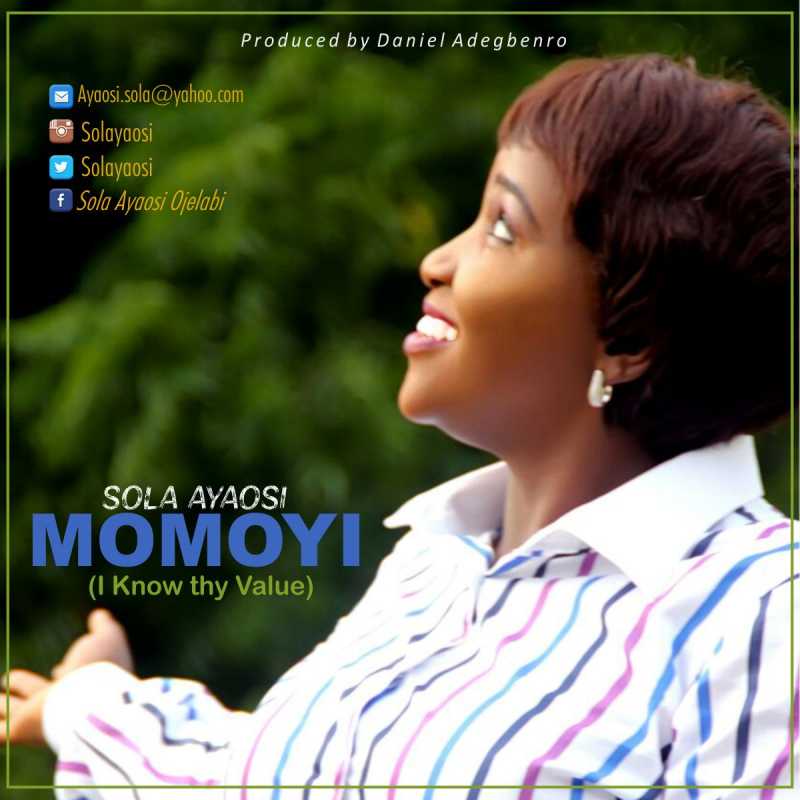 MOMOYI is another Yoruba expression. In English language it means "I KNOW THY VALUE". It's an heartfelt appreciation of the value of God, His love and unrelenting concern in our lives.

Sola also got featured in an exclusive interview on Saturday Punch Newspaper where she caught clearly and boldly quoted declaring, "I WOULD NEVER BECOME A SECULAR ARTISTE". To find out more, grab a copy of the newsaper issue for Saturday the 11th of November, 2016. 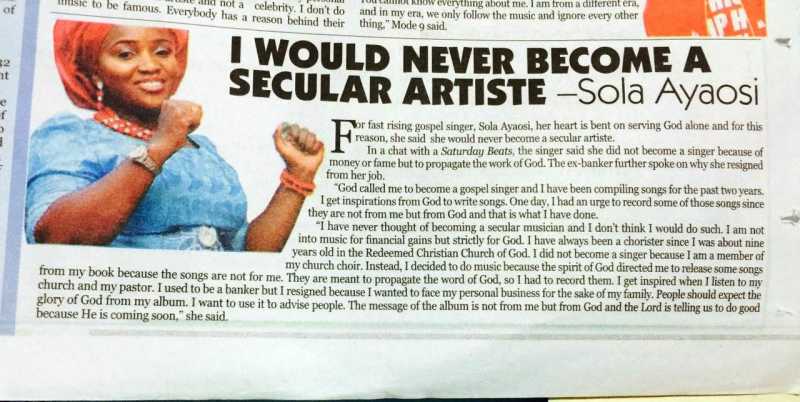