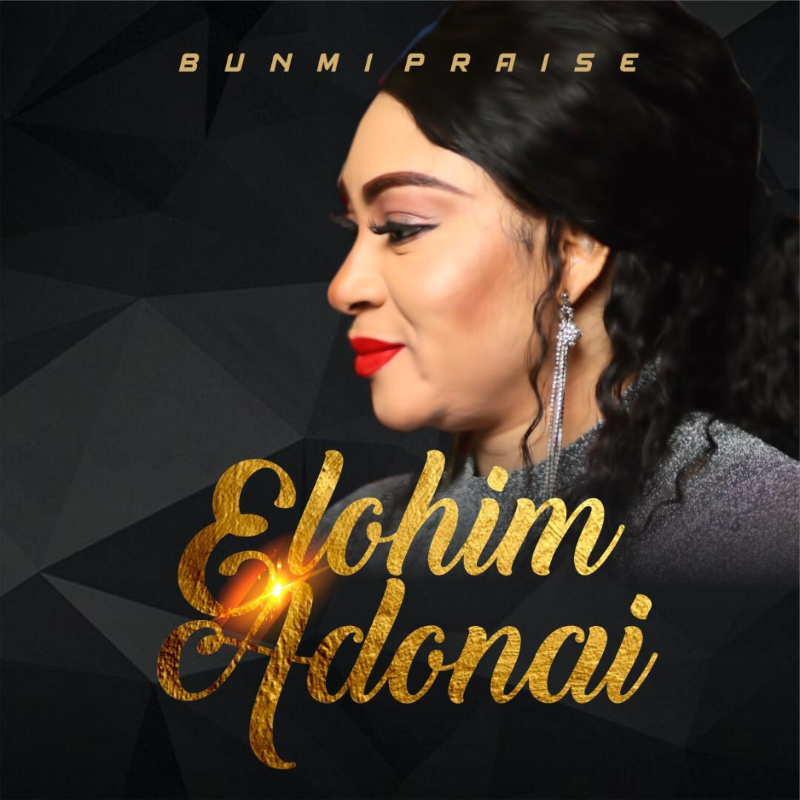 The song is Bunmi's personal testimony of a true life experience on how God rescued her from the den of death and robbery.

The singer had earlier released a short video titled 'My Story' which narrates the full experience that led to the writing of this song.

In an extract from the singer's account of her story, she wrote;

"As I opened the car for them, they took over the wheels and pushed me to the back seat with three of them in the car; one of them drove, another sat beside the driver and the last person sat beside me with a gun pointed at me. After snatching the car and having me in the car, they took off and snatched another car from a man, shot him and sped off – at that instance, I knew I was in between life and death...

This is my story and what brought about the Song “Elohim Adonai”- even though I walk through the valley of the shadow of death,  I shall fear no evil for thou art with me."


Olubunmi Oduntan, popularly known as “BunmiPraise” is a singer, songwriter, and motivational speaker.

Her quest for fulfillment in music led the way for her to become a member of Beejay Music where she continued to develop herself musically, leading different choirs and groups as a young adult. Before migrating to Canada, at a very daring period of her life, she was faced with an unforgettable experience in the hands of armed bandits where she nearly lost her life in this terrible ordeal. Through this experience, the Lord gave her a new song which has since been released as her 1st single - "Elohim Adonai".

Given her ability to lead her audience and capture their heart, she has had various opportunities and invitations to sing in different musical events and concerts both in Canada and Internationally. She has been blessed to share the stage with other international and local artistes like Tim Godfrey, Todd Dulaney, Timothy Reddick, Sinach, etc. Her songs have been a tremendous source of inspiration to many as she makes a global impact.

BunmiPraise is a multi-talented artiste, she hosts a motivational talk show “The Platform” on YouTube, and she is also a Chartered Professional in Human Resource candidate who is persistently following her passion in music.

She has since released another single titled “You are Great” and is currently writing several songs working tirelessly in the studio for the release of her album.