THESE SIX SECULAR ARTISTES STARTED FROM THE CHURCH: WHICH OF THEM WOULD DO WELL AS A GOSPEL ARTISTE?

Less More
1 year 2 months ago #12073 by lighteousness
THESE SIX SECULAR ARTISTES STARTED FROM THE CHURCH: WHICH OF THEM WOULD DO WELL AS A GOSPEL ARTISTE? was created by lighteousness
The Nigerian Music Industry is full of arrays of talents and gifted individuals who had at one time started their music from a religiously committed group or part of a religious settings before they find their way to the secular. Most of them had spoken about starting their music journey from the church choir or from a tiny group in church while some others like Simi started off their journey as a gospel singer before delving to the secular. 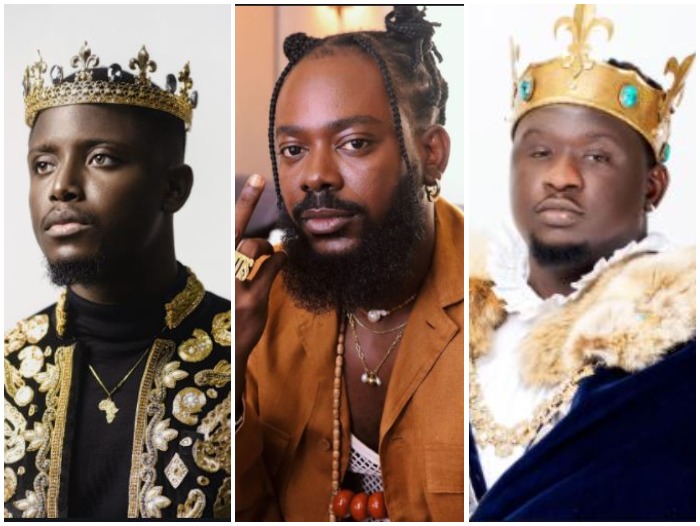 Lack of support from the religious settings, condemnation from the aged religious leader and lack of quality artiste management have often been some of the reasons why these artistes had to settle for the secular. However, in recent times, there has been few cross overs both in the international and local scenes of artistes declaring their intention to take a switch away from the secular. The likes of Rev Chris Okotie, Ebenezer Obey, Felix Liberty, Obiora Obiwon, Banky W and many others have at a time or the other done the secular music winning several awards and churning out classic tones but had to quit the secular due to personal reasons and convictions.

Recently, a former Project Fame Winner and one of Nigeria’s prolific singer Chidinma, popularly known as Miss Kedike announced on May 2nd that she will be quitting the secular music for the gospel and was announced to have been signed to one of Nigeria’s biggest gospel music record label which houses award winning singer Mercy Chinwo, the Eezee Conceptz. This was a shock to many as the singer has been ascribed to be one of the most talented and influential in the game. With over 70 Million Instagram Followers, an 86 Million YouTube Video views, several nominations and multiple awards, the singer was perhaps not one of the singers we are expecting to quit the secular soon.

On the other hand, this wasn’t too much of a surprise as even in the international scene, we have experienced such with renowned multiple award winning rapper, Kanye West who spoke about his intention to quit secular music and further released a Grammy award winning album in the process. Justin Bieber has at a point spoke about his faith with some of his songs in recent times also pointing to the fact that the singer might be considering quitting the secular soon.

In the local scene, some of Nigeria’s finest could be suspected to be quitting the secular music soon, some due to their background, their kind of music and their decent kind of lifestyle.

1. Simi: Simi has been a church girl from the start. The singer made her debut into the mainstream with her Samklef produced hit single “Ara Ile” off her debut album titled Ogaju in 2008 which was generally acceptable until she switched in 2014 with the release of Tiff giving her the recognition. The 33-year-old songwriter and audio mixing engineer whose lyrics is heavenly and voice is celestial has had several hit singles and won numerous awards as a secular artiste. If there is any one to be suspected to quit the secular tomorrow, Simi will be one of the first guesses.

2. Wande Coal: He is definitely one of the best vocalists in the country. The veteran singer and former MoHits Records artiste is one of the artiste with pure vocals from the church. His falsetto and runs has been described as one of the best in the country. Wande had started from his local church and with his vocals, it is mostly certain this will be useful in church some days.

3. Adekunle Gold: Call him a church boy and you won’t be wrong. Even while he was among the YBNL crew that had Lil Kesh and Olamide, Adekunle Gold maintained his decency which can often be felt in all of the lyrics of her song. His transformation over the years has been appalling and his songs such as Ire and There is a God had church vibes and religious flows. He became a member of his church's junior choir during his teenage years, and went on to write his first song at the age of 15. He has also performed in some churches alongside the LCCG choir and at several religious events. It won’t be too surprising if he announces his decision to quit the secular tomorrow.

4. Chike: 28-year-old RnB singer and songwriter and a former first runner up at Airtel’s The Voice Show has been outstanding in recent times with hit singles and an album that distinct and proved his uniqueness among other singers. The Beautiful People crooner’s background can be traced back to church and this is reflected in his vocals and his songs.

In one of his interviews with Punch, he said “I was a chorister in Covenant University for about two months but I used to see some of the people that sang on the stage also at secular events. Although my belief in Jesus Christ is unquestionable, I did not see myself being a chorister or living a double life. I just made my choice on the type of songs that I wanted to be singing and stuck by it”. If there is one person we can suggest will quit the secular tomorrow, Chike is definitely one of them.
5. Johnny Drille: No doubt, Drille is another church boy. Apart from having started out in church at a very young age with his siblings, his social media platforms and his short studio sessions has seen the singer do some church music that has been well accepted. He has ministered in several church platforms, one of them being his ministration of Papa at The Elevation Church last year. If there is any one to be considered for the church, then Drille could be one of them.

6. Timi Dakolo: The 40-year-old Lover Man has been one of the best vocalist produced in the country for years. His consistency and continuity in churning out evergreen love songs every year is Nulli secundus. The singer has often been associated with churches but cannot be categorized as a gospel singer. He was one of the guest ministers at the Experience few years ago where he ministered alongside several other artistes. He has however also ministered in several stages of other churches majorly in Lagos and around Nigeria.

Which of these artistes do you think will do well as a gospel artiste?